Razzle Dazzle Restaurant is a restaurant onboard Virgin Voyages ships with an emphasis on vegetarian dishes and their presentation.

Some of the vegetarian dishes are plays on traditional meat and seafood dishes. For carnivorous omnivores, there are also two meat-based entrees available.

Like all other dining aboard Virgin Voyages, there is no charge to dine at Razzle Dazzle Restaurant, with the ship-wide exception of alcohol and pay-as-you-go beverages. The restaurant’s bar serves signature cocktails and a bottomless brunch option is available.

Reservations are not required but encouraged during periods of high demand. Reservations can be booked via the Sailor App.

Since Virgin Voyages is a new cruise line, menus are subject to adaptation and change. The following are items that are available on the current Razzle Dazzle Restaurant menu; additional selections may be available onboard.

Check out menus for other Virgin Voyages restaurants: 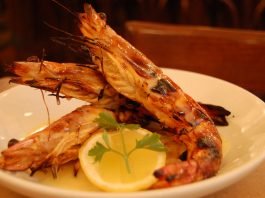 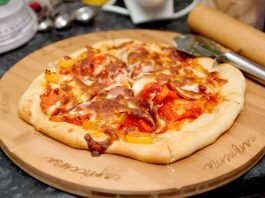 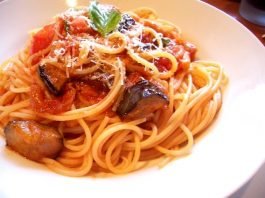